How Women Are Saved Through Childbearing 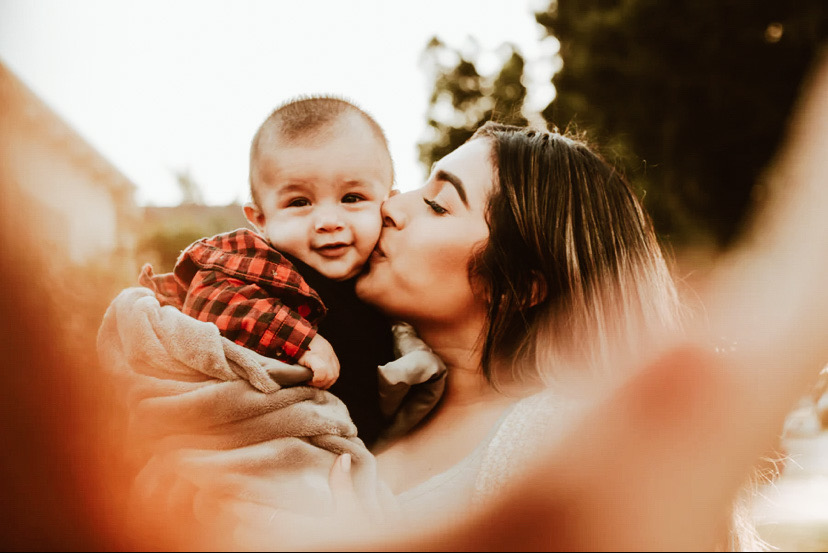 “Yet she will be saved through childbearing if they continue in faith and love and holiness, with self-control.” -1 Timothy 2:15

This can be a confusing passage for those who stumble upon it. Was Paul saying that women are literally saved through having babies? Are we then adding works to our salvation, thus nullifying the sacrifice of Christ on the cross? While these are valid questions to ask oneself, it is clear when examining the context of this verse that neither of these things are what the apostle Paul meant. Context is of utmost importance when it comes to verses like these, so let’s take a look at a few of the previous verses to help us clarify this issue:

“Let a woman learn quietly with all submissiveness. I do not permit a woman to teach or exercise authority over a man; rather, she is to remain quiet. For Adam was formed first, then Eve; and Adam was not deceived, but the woman was deceived and became a transgressor. Yet she will be saved through childbearing- if they continue in faith and love and holiness, with self-control.” -I Timothy 2:11-15

In the immediate context of this passage, Paul was clearly establishing gender-role differences and arguing why men should be the authoritative leaders and teachers in the church rather than women. Forgive me while I get a little tedious in my grammatical study but doing so will help us establish the true meaning of this ambiguous verse. The “she” in verse 15 refers to “the woman” (Eve) mentioned in the previous verse, while “they” in verse 15 refers to woman kind in general. I say this because of the shift from singular to plural in the next phrase: “She will be saved through childbearing if they continue in faith”. “They” is not a pronoun in the Greek but is denoted in the plural form of the verb and therefore may be either feminine or masculine, the context calls for feminine: “women will be saved through childbearing…”
Some, such as Roman Catholics, have suggested that “through childbearing” refers to the birth of Christ. There is a problem with this though, in the only other place where a form of this word occurs in the Bible (1 Tim. 5:14) it simply refers to bearing children. Here is another possible, and more Biblical, solution- Being saved through something is not the same as being saved by something. Paul does not intend to teach that women are saved from the wages of sin through the bearing of children, that would contradict the New Testament teaching that salvation is by grace, through faith alone (Rom. 3:19-20, Ephesians 2:8-9). The Greek word translated as “saved” in verse 15 has a wide semantic range, rather like the English word “saved.” Even in English, “saved” can mean “made a Christian” but it can also mean “rescued from danger,” “preserved from error” “kept” etc. Sozo, the common New Testament word for salvation means “to preserve safe and unharmed,” “to heal,” “to set free,” “to deliver from.” It appears a number of times in the New Testament without reference to spiritual salvation, here are a few examples: Mat. 8:25, Matt 9:21-22, Matt 10:22, Matt 24:22, Matt 27:40, Matt 42, Matt 49; 2 Tim. 4:18. Paul is clearly not saying that women become Christians by having babies. When examining the context, we see that this verse comes at the conclusion of a paragraph where Paul has been saying that women are not to hold the authoritative teaching office in the church. Therefore, we can see that the most grammatically and contextually appealing option is to understand Paul as saying that women are saved from deception by properly valuing their God-given role.

Paul had just stated previously that Eve was deceived, now he is saying that the daughters of Eve will be saved from deception by properly valuing their role, not as teachers in the church, but as mothers. Women are kept safe from deception when they embrace the role that God, in His perfect wisdom, gave them- that of bearing children, continuing in faith, love and holiness with self-control. In this passage, we see how God has perfectly balanced gender roles. Men are to be the leaders in the church and in the family. Women are kept from deception and accusation of inferiority through the godly influence they have in their children. Paul is teaching here that although a woman precipitated the Fall and bear that responsibility, they may be preserved from the stigma of that though childbearing. The rescue, the delivery, the freeing of women from the stigma of having led the race into sin happens when they bring up righteous seed. The pain associated with childbirth was the punishment for the woman’s sin (Genesis 3:16), but the joy and privilege of child rearing delivers women from the stigma of that sin. For women to reverse the curse that has befallen them in the Fall and fulfill their calling, they need to raise godly offspring. In order to accomplish that, they must continue in faith and love, in holiness, with self-control.

Women are far from being second class citizens because they have the primary responsibility for rearing godly children. Most mothers spend far more time with their children than fathers do, and thus, have greater influence. Fathers cannot know the intimate relationship a mother and child establish from pregnancy, birth, infancy, and early childhood. One of Paul’s points is that while a woman may have led the human race into sin, women were given the privilege of leading the race out of sin to godliness. This does not mean that God desires all women to bear children, some women will never even marry (1 Cor. 7:25-40). Paul is speaking in general terms.

Motherhood is a calling, it is a womanly calling, it is a divine calling from God. As a mother, your life is given to taking care of people- human souls. Let us not be discouraged by those who extinguish the joy of this divine calling and try to persuade us that we must “find ourselves” by abandoning the role God has given us. Let us not depart from this divine order, perpetrating the disaster of the Fall but let us, as Christian women, embrace our role with joy and thanksgiving. At the beginning of time when God first made man and woman, He put both under the divine command to be fruitful and multiply. This was the very first command given by God which has never once been retracted. These were God’s ideas to begin with, He is the One who planned the whole system, who designed these specific roles, and it is God Himself who calls us to them. He calls some to singleness, some to marriage, some to childlessness but He calls most women to be mothers. There are different gifts God sees fit to give each of us but none of these gifts- no educational pursuit, no career or anything else is higher or more precious than the gift of being someone’s mother, of being given the opportunity to instruct the heart of a child in the ways of the Lord, to shepherd a child’s heart, to perhaps even lead your child to the Lord and raise up the next generation of Christians.

“There is no nobler career than that of motherhood at its best. There are no possibilities greater, and in no other sphere does failure bring more serious penalties. With what diligence then should she prepare herself for such a task. If the mechanic who is to work with ‘things’ must study at technical school, if the doctor into whose skilled hands will be entrusted human lives, must go through medical school… how much more should the mother who is fashioning the souls of the men and women of tomorrow, learn at the highest of all schools and from the Master-Sculptor Himself, God.” -J.R. Miller

“A Mother is a chalice, the vessel without which no human being has ever been born. She is created to be a life-bearer, cooperating with her husband and with God in the making of a child. What a solemn responsibility. What an unspeakable privilege- a vessel divinely prepared for the Master’s use.” -Elisabeth Elliot

If our calling is to be mothers, let us be mothers with all our hearts, joyfully and humbly embracing the gift and role God has given us just as the young girl Mary did saying, “I am a handmaiden of the Lord, let it be to me according to your word.” -Luke 1:28

Author: Emily Beauford
Filed Under: Motherhood, Sanctification
Being A Pastor Is Nice, But Being A Mother Is Equally As Nice
Missional Motherhood: The Story of Catherine Booth