The Future is as Bright as the Promises of God 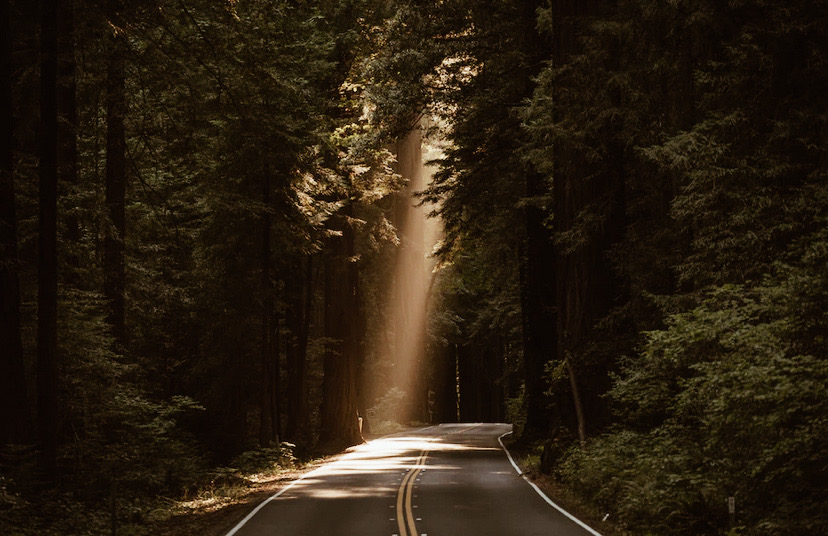 “The future is as bright as the promises of God.” – missionary Adoniram Judson

As we begin a new year, I thought this would be a fitting and inspiring quote to share, along with the story behind it. For many, 2022 was a year of trials and heartaches but let us remember that whatever difficulties lie behind us, the future truly is as bright as the promises of God.

The Story of Adoniram Judson

Adoniram Judson grew up in a Christian home as the son of a minister. As a teenager in college, Adoniram went astray, engaged in various kinds of immorality, and was influenced by a fellow student and friend- Jacob Eames, a Deist and Skeptic (some sources say an Atheist). As Judson was lured away from his Christian heritage and the truths he had been brought up in, he became a non-believer as well.
However, unknown to Adoniram, God in His divine providence had great plans for him.

One evening while traveling, Adoniram stayed at an Inn where the only room available was next to that of a dying man. Judson told the Inn keeper that this specific room would be fine because he was an unbeliever and had no fear of death. All through the night, Adoniram heard the wailing, moaning and hopeless cries of desperation that came from the room next to his. It had such a profound impact on him that he nearly went over to offer some words of comfort to the man, but having renounced his faith, he found that he had none. Judson pulled the covers over his head in attempt to drown out the cries of the dying man but he could not. His mind could not help but wander to thoughts of eternity. Where would this man go if he died? Where would he himself go when he died? After a miserable and sleepless night Adoniram was greatly troubled. The next monring he was informed that the man had died and much to his surprise, he was told that the man was none other than his former friend and classmate- Jacome Eames. For days the thought of dying as a lost person invaded Judson’s mind and the Holy Spirit began to do a work in his heart, drawing him back to God. The very same friend who had led Judson into unbelief was now the friend God was using to bring thoughts of eternity to his mind and to lead him to true saving faith in Christ. This was the turning point in Adoniram Judson’s life.

Judson went on to enroll in seminary and later devoted his life to foreign missions, translating the Bible into Burmese. He also wrote an English-Burmese dictionary which along with his Burmese Bible, was used by missionaries who came along years after Adoniram had gone to be with the Lord.

On February 19th, 1812, Adoniram and his new bride Ann Hasseltine-Judson, set sale for Calcutta to join the Baptist missionary William Carey who was already serving in India. The couple was later forced to leave India by the British East India Company, and eventually settled in Burma. Even William Carrey himself warned the Judsons of the hostility and savagery of the Burmese and advised them to not go there, but the Judsons had counted the cost and knew Jesus was worthy of any sacrifice, so they went. On their journey, the ship was tossed about in a 3-week monsoon, Ann became very sick and had a baby who died and was buried at sea. Thus began the great hardships of the Judson’s missionary work in Burma.

It wasn’t until six years after landing in Burma that Adoniram saw his first Burmese convert to Christianity (talk about faithfulness and perserverance!). Adoniram was once driven in chains across burning sand, until his back bled and his feet were full of blisters. He spent many years in jail, in chain and stocks in a filth infested prison cell. He was sustained only by God through his supportive, but very ill, wife who brought him food under the cover of night. While Adoniram was still in prison, Ann had another baby, but due to illness and weight loss, she was unable to produce milk necessary to nourish the child. Ann was then forced to beg in the streets for other nursing mothers to help feed her child. With the: heat, cholera, malaria, dysentary, filth, starvation and persecution Burma was a constant battle for this family, but they knew this was the place God had called them to be so they remained, faithfully enduring every trial.

The Judsons had arrived in Burma only seventeen months after their marriage, when Adoniram was twenty-four and Ann was twenty-three. In less than fourteen years since their arrival, Adoniram had buried his dear wife Ann, and all of their children. Eventually, two of Judson’s wives (he remarried following the death of his first and second wives), seven of his thirteen children, along with several colleagues also died there. Serving Christ in this place had cost Adoniram much. One would expect that after so much loss and persecution Adoniram would be bitter and ready to give up, however even after such great hardship Adoniram trusted God’s soveriegnty. As the great majority of many historic missionaries, he had a deep belief in the complete sovereignty of God and held to the historic “Doctrines of Grace” as is evident in his quote: “If I had not felt certain that every additional trial was ordered by infinite love and mercy, I could not have survived my accumulated sufferings.”

After several years of faithful labor with no results, burying his family, being tortured and imprisoned one reporter asked him, “What hope do you have for Burma after all this tragedy?”
Adoniram responded, “The future is as bright as the promises of God.”
Judson knew God’s promises could be trusted, they were sufficient and would overcome any challenges he faced. His unshakable belief in God’s promises and absolute sovereignty were what helped him survive such great difficulties in his life’s work.

At Judson’s death, when he was sixty-one, Burma had sixty-three Christian churches and seven thousand converts, God had granted him a harvest. Adoniram died in 1850 and during his last days he said: “I have had such views of the loving condescension of Christ and the glories of Heaven, as I believe are seldom granted to mortal men. Oh the love of Christ! It is the secret of life’s inspiration and the source of Heaven’s bliss. Oh, the love of Jesus! We cannot understand it now, but what a beautiful study of eternity!”

May we learn from Adoniram’s example to take God at His word, trusting His promises so fully that whatever we are called to endure, we can join him in saying “the future is bright”.